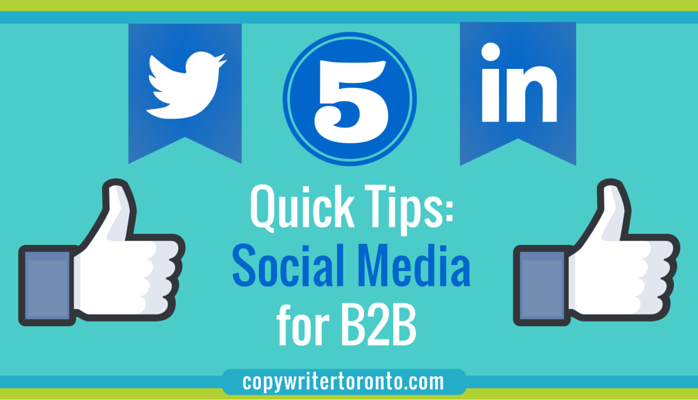 Believe it or not, some companies are still skeptical about the benefits of B2B social media. A lot of B2Bs think they are boring, at least compared to most B2Cs, and wouldn’t be interesting to social communities. They also perceive that it’s harder to measure the effectiveness of social on the B2B side of things. Despite these myths, social media can be just as, if not more, transformative for B2Bs.

There are inherent differences between B2B and B2C. But for both, succeeding on social media is all about strategy and tactics. Having a clear picture of your target audience and where they are in the buying cycle doesn’t differ whether you’re selling to businesses or consumers.

This post by KissMetrics, How to Use Social Media to Drive Traffic for B2B Companies, features five simple but powerful things to consider when taking your social media efforts to the next level. Number four is a must!